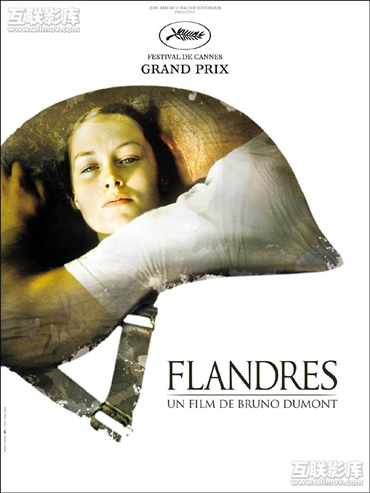 We are the Dead. Short days ago
We lived, felt dawn, saw sunset glow,
Loved, and were loved, and now we lie
In Flanders fields.

Flanders, as a geographic region in Europe, has had a long and convulsive history since time immemorial, shifting and changing boundaries according to the dispensations in power. At various times, Flanders has referred to parts of Netherlands, France and in a more contemporary time, a region of Belgium. It’s not at all anecdotal that poets have been inspired by its often sanguinary and turbulent past. It wouldn’t be surprising to learn that Bruno Dumont had frightening lullabyes about Flanders sang to him as a child.

Bruno Dumont’s vision of Flanders, however, does not encompass a daunting piece of history or geography but instead whittles down its focus on a small fictional village, unnamed but might as well be the titular one. Dumont’s eye zeroes in on small-town lives whose passions are a virtual battlefield – with concrete repercussions, and, in modern parlance, collateral damage.

Dumont’s Flanders is a tale of pent-up passions, jealousy and revenge. There are few discernible heroes here, except for men and women who follow the dictates of human desires and needs to the detriment of virtues. Characters are actuated by primal – even primitive – compulsions that we might associate with those who have little to go on, little to call their own and little to hold sacred.

Demester is one such character. Like Pharaon in L’Humanité and Freddy in La Vie de Jesus, he is the prototypical Dumont hero: a farmer with limited prospects, his emotions in check, his eyes brooding with unreleased passions. There is a war halfway around the world and Demester is one of the conscripts from the village called for a tour of duty. Days before call-up, Demester has one last roll in the hay with Barbe, a girl who excites lust but also what little sense of romance the men of this village harbor. Barbe has the proverbial loose morals and entertains the new man in town, Blondel. This happens with the least secrecy imaginable; all under the smoldering eyes of Demester.

It also happens that Blondel is one of the conscripts and we almost sense that there is war-within-war about to take place. There is an air of inevitability surrounding this film’s spare story. In the confusion, death and destruction of war, there will be casualties along the way. But the mayhem that ensues catches us off-guard. Rape, cold blooded executions and other atrocities, with little regard for life, take place.

Dumont creates tension like a coiled spring. Instead of the cheap currency of words, the pregnant silences bespeak the burning passions of its characters. When the bombs explode and bullets thud on impact, one can feel the dissipated emotions, the deadening of tensions. It is almost anticlimax. But we almost nod in agreement: the war-torn landscapes, the war atrocities exteriorize what the dry, gray farmlands are too mute to express, the pent-up rage of characters. When Dumont projects these uncurbed and uncurtailed emotions of a small-town love triangle into a full-fledged war, we might also begin to receive the dishonor of actual wars, the hair-trigger emotions of those who rule us.  When we hear the confession at movie’s end, we can’t seem to take these words at face value. Words might belie what other readings we might have of Flanders. Maybe not.