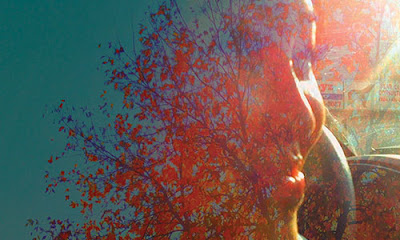 Abstract time, a mode of temporality invoked and highlighted by Isiah Medina in this experimental sortie, might be read as a shorthand for a concept of time that runs counter to concrete, empirical, linear, historical time, a time that parenthetically encompasses the growing problems of social disaffection and precarity persistent within the film's locality. Abstract time negates the despondency of this immanent concept of time that is reified and commodified by bandyclocks and stopwatches which dictate the duration and segmentarity of working life. This open-ended, eternal concept of time seems to be the only recourse for an emancipatory possibility in the future, in a society where the regimentation of time has become the site of social imprisonment and disenfranchisement. Abstract time also repeals what concrete historical time has enshrined and become coextensive with: Philosophy, for instance, is discredited as an ineffectual tool of explaining the logic of existence. Reason, that legacy of Enlightenment, has also ceased to be a source of meaning. If it were ever useful, it has stopped to serve the purposes of the powerless and the poor.

Set in the less-than-thriving suburbs of Canada where the sometimes angry, often disenfranchised and unemployed young folks find themselves marginalized from the socio-economic apparatus, the film subjects them to artistic sublimation, rendering them as subjects in an unusual variety of documentary, although it hardly looks like one, even if it might as well be one because its socio-economic concerns, its quest for ontological meaning, capture the fears and frustrations, the ruminations and dreams, the desperation and deprivation of its characters. In the background we hear their voices in the act of reading and engaging in rationalization. They quote and recite from books and their own writings, but sometimes the sound they make is a mundane one of blowing off steam. What is all but obfuscatory, however, is how their difficult lives are given expression in murmurs or in half-audible whispers, often disembodied, off screen, as if spoken in nascent madness, as if realizing the subversive nature of their words, as if sensing the surveillance by those who may suppress their notions of resistance and recalcitrance, their notions of revolt. What is sometimes frustrating is how much of the volume of the film is deliberately turned down to our incomprehension so that one must strain to listen and make the words out – sometimes to the point of futility -- made more confused and incomprehensible by the overlap and confusion of simultaneous voices, whether expressing a sentiment or giving voice to a personal idea or a passage in a book.

Despite a certain sense of despondency, Medina creates an atmosphere of airiness, an artifice of buoyancy, through the visual motifs of his formal and stylistic experimentation. The nature of what the camera captures could be termed impressionistic and casual and repetitive in their occurrence: we get many outdoor shots of pavements and concrete surfaces of suburbia, side by side with the private quarters and bedrooms of youthful couples. Visuals and sounds, for the most part, do not always go hand in hand, seldom complementary in an effort, it seems, at estrangement. The mechanics of montage contrast stylized frames of saturated colors with seemingly washed-out frames of suburbia: the better to declare the film's experiment and the better to show the desolation of life on the ground. But it is the human dimension that gives heart to the film for it is that which lives, breathes and aspires for better life: a brief but poignant image is that of a sharing of a sandwich sliced in half presumably for hungry couples who can't afford a square meal.

Cinematically speaking, however, the most notable and most courageous aspect of Medina’s worthy project is its uncompromising and stubborn refusal against narrative and formal conventionalism. Apart from the added stylization in post-production -- sometimes genuinely startling and striking, sometimes simplistically conceived and executed -- there are sequences of striking unfamiliarity and and points of view that further render the unicity of technique. But what Medina does with all of it is what makes the enterprise worthwhile: the film complexifies into a poem of singular tonality expressing what it means to survive and to be alive -- a living, breathing palimpsest inscribed with the voices of the marginalized, their thoughts and feelings, their fears and aspirations. However frustrating, this palimpsest is inscribed with dehumanized articulations: unfinished sentences, bits and pieces of them, and sometimes thoughts and ideas trailing off, yet crescendoing into an accumulation of disparate voices that threaten the strictures of linear, univalent time, of a future that hangs in the balance. In the final reckoning, it is abstract time that may protect us from everyday temporality entrapping our movement and freedom. Abstract time may be a means to afford us a line of flight, a return to infinity.

P.S. Never got around to reading the synopsis, can merely guess what the title is about, but this is my take on it.