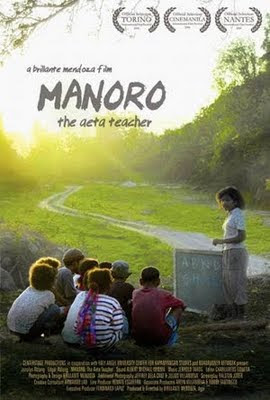 By now, every film enthusiast worth his salt must be aware of the teachings and tenets of real-time filmmaking, a paradigm of Filipino cinematic practice pioneered by the avuncular Armando Lao. Often, however, it remains misunderstood to mean something literally unfolding in real time, that is a 90-minute-or-so glimpse of one continuum. It isn't strictly so, although it may create the appearance of a compressed span of temporality. What's most important, however, is not the illusion of synchronic inspection; rather its immediate and intimate dramatic impact on the audience and a logistic one on the fledgling filmmaker. In a nutshell, this film approach denotes a narrative paradigm encoded in a "found story" framework, nominally taking its cue from experimental, non-fictional film-making only in so far as it reworks and processes "found" material by the filmmaker -- perhaps in the form of documentary footage or research material -- until a narrative coheres and is put through further production. Often sociological in nature, often taken for Filipino neorealism, real-time filmmaking may share some of the Italian paradigm's features -- actual marginal people and actual locations -- but Lao's tenets may be more liberal and do not exclude, among other things, the use of professional actors and assistance, and a tendency towards documentary immediacy. Under the illusion of a spontaneous actuality it seems to faithfully depict lies the deliberate but unseen hand of the auteur-writer as creator.

In recent years, a string of real-time masterpieces, including Jeffrey Jeturian’s Kubrador and Brillante Mendoza’s Tirador, has given this film practice a high artistic profile. Manoro, another work by Mendoza, continues to demonstrate the virtues of this school of filmmaking. With its compressed narrative taking place in a handful of days, involving non-professional Aeta actors, and a documentary intimacy -- factors that bestow the filmmaking process with economical and streamlined aesthetics -- Manoro ("teacher" in the Aeta tongue) is a film of disarming and deceptive simplicity that chronicles the life of the Aetas, particularly that of Jonalyn Ablong, a teenage girl tasked to instruct her fellow Aetas -- illiterates all -- how to fill out the ballot.

The year is 2004 and it is the eve of presidential elections. Armed with basic equipment and a makeshift blackboard, young Jonalyn must traverse a dying landscape, past water-lily-strangled streams, across lahar-choked plains and mountains, to prepare her fellow Aetas to vote. Whether taking pains to write down FPJ, GMA, or Lacson, there seems to be a child-like struggle to do so for the Aeta. Meanwhile, Jonalyn’s grandmother’s mind seems to be elsewhere – before a simple attack of black ants disperses this gathering.

Another matter of concern for Jonalyn is her grandfather who has gone hunting for wild boar in the mountains. She and her father must make a long, arduous trek through treacherous trails to look for him if he is to cast his ballot the following day. Jonalyn’s father seems equally fickle about the coming elections, and seems more inclined to find employment at a South Korean project in the vicinity. But that, too, requires filling out forms.

Manoro is as much about a portrait of a young teenage girl (i.e. the disproportion between her ability and her mission), as it is about a portrait of an indigenous people, a subtle sociology of shortcomings through an outsider's prism. Ralston Jover’s script offers a balanced vantage but ultimately an understated reproach to the Aetas. They may be depicted as a close-knit community who share the fruits of hunting and gathering, but there are less than flattering jabs in their direction. Take their worship of pagan gods to whom much is attributed. Take their flighty and fickle stance towards the election, the allegory of the lowly ants that can scatter them. They seem to be caught unsure at a crucial crossroads, no longer simply hunter-gatherers but not fully absorbed into modern society just yet.

Harnessing a cast of Aeta characters who essentially play themselves, a highly suitable use of hand-held cameras and a documentary approach, Manoro evokes a multi-faceted fable – of troubled hope and of a people caught in retreat. There are faint echoes of Samira Makhmalbaf’s Blackboards and Kiarostami’s Where is The Friend's House? and other Iranian films to be found in this film. There are also slight resonances of the mysticism of something like Souleymane Cisse’s Yeelen. But Manoro lays solid and unshakable claim to what it portrays. Filmmakers of the old schools, sit up and take notice!