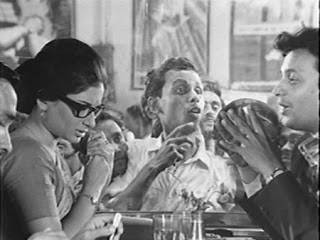 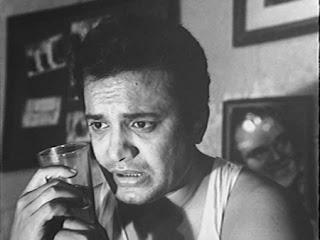 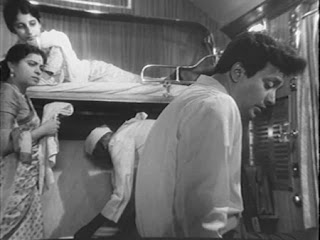 Posterity will likely remember Satyajit Ray for the three films that comprise the Apu Trilogy (Pather Panchali, Apur Sansar, Aparajito) if one goes by the status quo prevalent in the last 20 or 30 years, thanks in no small part to the dictates of Western canonization and constrained distribution of Ray's filmic output. In the same breath, however, Charulata and Jalsaghar will be forwarded by those who are more conversant in the Bengali director's work as worthy coequals to the highly regarded trilogy. Granting that, the question begs to be asked: Do these above-mentioned works comprehensively round out Ray's most lasting legacy to cinema?

The encouraging answer is that the depth of Ray’s filmography may go deeper and wider in quality than what is hitherto conceded. Ray's filmmaking career, after all, spanned almost four decades, and turned out more than 37 films. With the growing availability and accessibility of Ray's lesser known films, this speculation is being put to the test, and finding an affirmative vindication.

While Ray's highly touted works center on the evocation of rural worlds, what many don't realize is that he made films that shift focus to a more modern setting: films that are either set in cities or contain urban characters in the central roles. If nothing else, this second variety of films reflects the director revelling in his element -- at home in his own times. Their authenticity cannot be questioned as Ray would personally write the scripts for these movies. Some who have sampled both strains of Ray’s work actually swear by the vibrancy and buoyancy of these films of this persuasion. Among these urban tales are Mahanagar and Days and Nights in the Forest, which can rival Ray’s more vaunted works.

Another entry under this rubric of modernity is Nayak (The Hero), a meditation on the life of an actor. The story is set on a train bound for New Delhi, the characters are passengers whose destination is the only thing they have in common. It is an ode to modern times, to latter-day iconography, that the hero referred to in the title is a film actor. His ride on this speeding train provides the metaphor for an accelerated examination of his life and work.

Arindam Mukherjee (played by Uttam Kumar) is an ascendant matinee idol on his way to collect an acting award in New Delhi. An assortment of star-struck passengers can’t help gushing about him, but a feisty, old man on a neighboring coach does not mince words to disparage the movie business. Aditi (played by Sharmila Tagore), a journalist who is about to publish her own fledgling women’s magazine, knows little about the actor, but is persuaded to seek him for an interview that would boost her magazine’s readership. What starts out as contempt for movie celebrities turns into a genuine interest in the actor. More importantly, it sets into motion a narration of an unexamined life – told in episodic flashbacks – that sets off a series of sobering epiphanies for the actor.

The ultimate meaning is explicit enough and never lost on us -- that the actor’s recounting of life humanizes him, revealing the incongruity of an actor's actual life and his screen persona. Given the extent to which film celebrities are sometimes unduly, and perhaps undeservedly, lionized and romanticized by the masses in India, Nayak provides a measure of correction far ahead of its time. Now more than ever – at a time when moral relativism seems to apply to the indiscretions of the icons we idolize – this film can bear a revaluation.