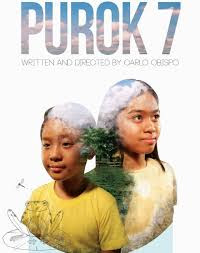 Once I relished a fonder -- or perhaps vaster -- recollection of childhood. I remember the names of streets of my old hometown. I remember the vistas of dirt road and the wilderness surrounding the house I first called home. I remember how Indian mangoes, guavas and cacao fruits could be plucked from its unguarded trees. Those places were wide open spaces. Those spaces were a universe all their own, and every day did not pass without a sense of adventure. Those were idyllic times, and I would cherish through the years their presence in the mind’s eye. Characters of unforgettable attributes would jump out of my memory: the tattooed jailbird who brandished his paltik whenever drunk; the mistress whose house smelled of sardines; the so-called village madman, a gentle giant who roamed the streets, there, in a predominantly Ilocano enclave mingled with the Gaddang tongue. Years later I, would return here to try to revivify those memories, only to be blindsided by the distortions of time: my conception of my first milieu, to my dismay, had become severely disproportionate to actuality. These spaces had shrunk and had lost some of their virtuous dimensions. Gone were the characters that populated them. Memory all these years had flattered my sense of first habitation, and expanded its reaches of wonder, it all now seems.

Carlo Obispo’s Purok 7, a bittersweet portrait of the wonder years set against a backdrop of tragedy, seems to operate on such a prospective view of a time inextricably entwined with the happy hyperboles of memory. Two children, Diana and Julian, are left to fend for themselves when their mother undertakes a journey abroad she is bound never to survive. Their father, by then, has separated from her, and has started another family. Purok 7 concerns how a small village closes ranks and, actuated by sympathy, nourishes its virtual orphans. Later on, the truth may shed its disguise and dawn on them, as many adults come to realize, but time may by then have also healed their tragic loss. Time would have expanded and romanticized the landscapes and homescapes of the past. This is Obispo's hopeful thesis. Memory’s idealization of distant times will have cushioned the impact of the past's severities.

All but abandoned, Diana, 14 years old, and her younger brother Julian remain on the surface unaffected by it all. Approached by Obispo with a measure of mirthful sympathy -- Diana wears an unusual smile as Julian points out at one point -- their lives of feasting on nothing but swamp spinach or humble viands, however, are not without a sense of wonderment. Diana, the budding adolescent, receives unusual fondness from her childhood friend, for whom she fosters a palpable crush. Obispo’s observation of early youth is more or less precise, anchored on an uncanny sense of the idealization of childhood against a time of overarching loss. His sense of memory does not overly sentimentalize, but orchestrates proceedings with a very gingerly touch – almost to the point that his movie feels unstaged or unsimulated; its tone and acting are both grounded in lighter-than-air spontaneity. The director's intention is to counteract the depiction of a childhood of potent hurt with one filled with the more caring influence of benevolent humanity. Obispo’s compassionate concern invests faith in the resilience and self-healing attributes of the young, forging a film that stands more blithely and obliviously than such unsparing depictions of childhood as Miyazaki’s Grave of Fireflies, Jang Sun-Woo’s A Petal, Amir Naderi's The Runner, and Kore-eda’s Nobody Knows.

Purok 7’s tangle-and-twist-free plotline, however, seems both to work for and against it. Combined with its close immediacy and intimacy, on one hand, it works because there is a sense of unhampered, almost real-time take on its subjects, but from the standpoint of conventional dramaturgy, it seems like dead time. Dedramatization is not bad, but when the material is overly familiar as in this case, it can impoverish the experience. (Watch So Yong-Kim's Treeless Mountain for an illustration, a film with a very, very, very similar dynamic, set of themes and subjects, but with much deeper, more immersive and more complex emotions involved.) A predominant chunk of Purok 7 regrettably plays as a form of dreamy-eyed puppy love that we have seen elsewhere and often. Besides, it all feels unrealistic for the most part: the rich city dream boy all but requiting the shy presence of a plain, provincial Diana stretches it a bit, long before sympathy for Diana comes in and justifies his solicitous attentions. Instead of relegating us to adolescent pining too often frequented, the film could have been better served with a more thorough exploration of spaces and people of the village -- not this generic purok devoid of character and characters (not the overly familiar stuttering best friend, please) -- all in the manner that Gaston Bachelard describes as a sense of home that "protects the daydreamer." Only during short intervals is its underlying social issue touched upon: one or two underplayed scenes that haunt with the apparition of the absent mother. Despite this, the concentration on adolescent infatuation feels too central and minimizes attention from its bigger theme – the familial sense of distance from many overseas parents. This must be Obispo's way of showing his weariness with the less-than-subtle representation of the death-row subject itself. The effect is that of a metaphorical reverse shot of the melodrama and hysteric spectacle of films featuring overseas Filipinos on the verge of execution: the focus is, instead, the steadfast and spontaneous day-to-day life of those left behind. Still one can't shake the feeling that the existent material, as it stands now, can be further rendered more compactly and freed of extraneous matter, and work just as effectively as a short-to-medium-length film.
Posted by Noli Manaig at 9:22 PM