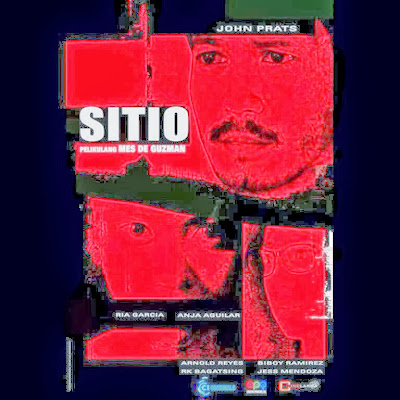 Sitio, by Mes de Guzman’s own admission, originates from a story that he had to dig up from his old baul. It is a decent film, to a certain extent likable, but to be honest about it, it gets iffy with its embryonic ideology. This time de Guzman's adopted province of Nueva Vizcaya and its country types are defamiliarized beyond recognition. Whether in a good way or not is another matter altogether.

Sitio, in essence, tells the tale, at once harrowing and humorous, of urban folks rusticating to the titular village in Nueva Vizcaya: Jonas, a real estate magnate reeling from a business fiasco, is on the retreat with his two younger sisters in tow. Here, they encounter rural men with ominously strange gallows humor (Don’t be surprised if these crazy Ilocanos suddenly point a bolo at your jugular and threaten your life if they want to play a prank on you.)

This, then, sets up a world turned upside down. De Guzman posits an urban-rich/rural-poor dichotomy. This encapsulates an oft-examined scenario basic to the cinematic lore of the former Communist countries (good examples would be Otar Iosseliani’s Pastorale and Vsevolod Pudovkin's Storm Over Asia), where this time the binary hierarchy of these two spheres is reversed in the manner of Derrida. This time, then, the city dwellers, with their superior airs, are in for a surprise. At first they may seem in power, but the rural protagonists here are not without cunning.

The crux for the urbanites comes when they are suspected of killing one of the villagers. This sets off a scheme on the part of the dead man's relatives – all of whom are male (which may or may not accrue to a subtext of phallocracy) – to live off Jonas and his sisters. So they make merry – with food and drink – at the expense of the put-upon hosts. The rural denizens thus become the oppressive and privileged class.

But the ideological schema diagrams the situation this way: the poor locals show a limited, simple-headed opportunism, while the rich urban visitors evolve from complacency to fierce display of self-preservation. The Marxist critic may be left wondering as to who, in truth, is the more adaptable and resilient of these antagonistic classes. So much, it seems, for the ascendance of the real oppressed.

Perhaps it should not be unexpected of De Guzman to go off on such a tangent. Sitio, however, is an act of recidivism; it represents an admittedly more larval stage in the director's  evolution. His more mature work has seen him go from strength to strength, from romanticizing young children in Iranian New Wave fashion in early films like Ang Daang Patungong Kalimugtong to demonstrating the desperate pedagogy of the oppressed in Sa Kanto ng Ulap at Lupa up and just earlier this year, Ang Kuwento ni Mabuti. His version of the oppressed has become more complex. They have unmistakable shadings of moral ambiguity, alloyed with human dimensions.

In Sitio, however, we come face to face with crude, unsophisticated cosmologies: a regression of thought processes, which somehow interrogates the reason for the creation of this film. The situation the poor provincials create is rather factitious and begs questions. If all they are ever after are a handful of free lunches, they are doltish tricksters. Real opportunity, real pragmaticism, real revolution, is not about a free meal but a transfer of the mode of production, as it is explicated in Marxism.

Even in affluent societies, acts of opportunism are an offshoot of such a premise (e.g. it goes under the heading of "a litigious situation"), but that of the poor in Sitio represents something of a caricature of historical materialism. There is no urgency nor tension to settle fatal class grievances. As if aware of their place in a farce and black comedy, the dead man's relatives are content to partake of banquets and milk their hosts for money in piecemeal fashion. Meanwhile, the rich captives are just as simple-minded, not thinking of taking the matter with all the moral certainty to the authorities (Here one recalls, too, an escape route in an earlier episode involving a dead chicken.) This way it nullifies the deadlock of entrapment to come as in Peckinpah's Straw Dogs. Which may be the point of the exercise, a nod to an ancestor, something which Sitio makes plain, trying to recreate it with less violence and terror but with mixed success.
Posted by Noli Manaig at 6:29 AM