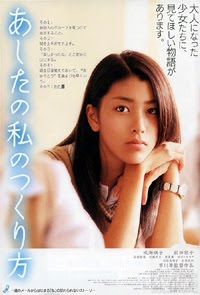 Some profess that life must be lived with a mediation of masks. Others espouse the contrary: a life conducted with as much candor and consistency as possible, without dissimulations and the need for public personas. Jun Ichikawa’s How to Become Myself undermines the reductive simplicity of either perspective, and forwards a strategic compromise between the two. There is verity in the oft-repeated line from Whitman: “I am large, I contain multitudes."

Based on a novel by Mado Kaori, this is the story of two kindred spirits floundering through young adolescence as they parse what it means to live happily and approach life at the right pitch and proportion. A profound yet delicate drama, it is a film that continues in the same vein and tonality as the director’s previous offering, Tony Takitani, employing a subtle direction that owes to the tranquil touch of Ozu. Ichikawa finds his comfort zone in borrowing the old master’s quiet cadences and pillow shots, affording his story a quality of equanimity and a lyrical rhythm.

As the film opens, two adolescent girls named Juri and Kanako meet very briefly just before high school graduation. It’s a meeting that leaves a lasting impression on both girls, with Kanako leaving behind a line from Dazai Osamu: “You’re a good liar; you should do the right thing.” Cryptic, but the line somehow clicks with the listener. The two lose touch and resettle in different towns, with Juri finding a sense of equilibrium in her new life. It’s no mean feat, as she must buck the divorce of her parents, and adapt to a new school and environment.

Thanks to the talismanic line from Dazai, the once-troubled Juri reinvents herself and turns her life around. She becomes well-adjusted enough to become everybody's favorite at school. This is the part where word about Kanako reaches her. Relocated to another school, she faces the same prospects as Juri once did. Juri decides to intervene and makes contact with Kanako via email. While Juri turns their correspondence into a novel, Kanako takes advice about everything: from classmates to school etiquette, down to what to say to a suitor, what to order on a date. Through her friend's steady instruction, Kanako refashions herself to great effect.

It’s a hackneyed conceit straight out of Edmond Rostand. But Ichikawa makes the Cyrano-ish character of Juri more humanly vulnerable as the drama wears on. Juri proves to be no worldwise figure but an insulated girl who lives vicariously through her friend. The seemingly passive Kanako has been thoughtfully testing out her friend’s advice, all along, and provides the best existential insight in the film when Juri needs it.

But the concerns of Ichikawa’s film are also very contemporary. At a time of discarnate relationships online, relationships built on emails, video conferences, and text messages, it’s a film that slightly suspects but surprisingly doesn’t take an entirely dim view of new technology in advancing relationships. Cast to a great extent as email and text exchanges between Juri and Kanako, How to Become Myself recuperates the epistolary tradition. There is power in the written word, now more than ever.

The presence of novelist Dazai Osamu is often invoked and lingers in the background. His hovering spirit in Ichikawa’s film is an ambivalent one, not outright glorified nor ridiculed. His words sustain Juri at one point, but his meanings may very well have been misconstrued. If Dazai’s characters are frustrated suicides or maladjusted individuals, Ichikawa’s are made of sterner stuff. There is fight in them, and one is quite certain, no matter life’s adversities, of their resilience. They will never go the way of Yozo in Dazai's No Longer Human or Dazai himself.

At once poetic and pragmatic, How to Become Myself is like a book wanting to be read and learned from. A self-help tome, a survival manual, a teenager's guide to the universe, or what-not, but its heart will be forever in the right place.

Published: June 30, 2010 (Northern Portrait/The Persistence of Vision)
Posted by Noli Manaig at 6:20 AM